The Future of Drone Technology

The Future of Drone Technology 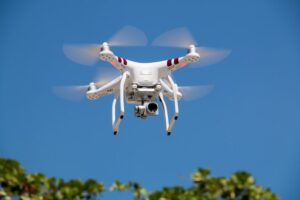 Recently, KENS 5’s Zack Briggs reported on the evolution of drone technology, and how it it is being utilized for everything from border security to assisting in fighting fires. Kevin Cochie, chief strategy officer of Hoverfly Technologies, said, “With its infrared camera, it can detect hotspots on top of the building before firefighters would go into that area on a building and then ultimately collapse,”

The latest drones are known as “tethered” drones. They’re literally attached to a rope on the ground. “Most quadcopters can only operate for anywhere from 20 to 45 minutes. When you take a drone up a tether, all the power and data are going up and down that tether, so you can launch it and it can fly for a persistent amount of time — days,” Cochie added. But this new generation of drones is capable of reaching max altitudes of 200 feet while withstanding up to 30 mph winds and carrying five-pound payloads.

Kelmar Global’s Kelly Riddle welcomes this latest twist. Although it’s a small market today, it paves the way for analyzing ways to improve the devices and make them more feasible in different situations. He told Briggs, “Tethering is going to be an issue. It’s got definite pros, but it’s got so many different limitations,”

He agrees that the long flight-time with the battery is a leap to providing more than just safety surveillance. “Crime scenes, arsons, fire scenes… it could even help to monitor brush fires and agricultural uses,” he added. “Its limitations are wind shears. You still have to deal with wind shears. You’ve got to worry about trees and power lines and things like that so you’re not going to be able to just fly it like you would a regular drone.”

“The American public is going to become desensitized to drones flying in their immediate space,” Cochie said. “We absolutely see a day where there will be a tethered drone on every shopping mall, on every government building, on every school that can be rapidly launched by a user sitting in a control room or somebody on site.”

Kelmar Global has been offering domestic and international private investigation services to individuals, government agencies, businesses and law firms since 1989. You can reach them at (888) 873-1714. 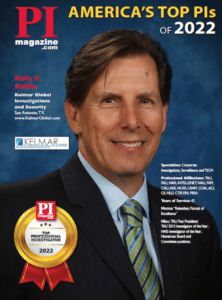